Click-bait titles are much too prevalent. Even well regarded sights are getting into the Click-bait game. I get that you want as many eyes on your content as possible, but do you really want your readers to feel cheated once they arrive?

I am for the equal rights of language; the words you use are only labels and descriptors and not a judgement on your character.

I watched this video from Cracked.com one day when I was bored and looking for some entertaining humor, but I was roundly disappointed. I felt the movie critiques were lackluster, and many of the points did not make sense on view of the title of the video. However, I was not moved enough to even complain about the video. It was just too forgettable. But when I saw the response to the video by The Amazing Atheist, I laughed my ass off. Not because the response video was filled with comedy gold, but because The Amazing Atheist was able to find so much to rant about in such a boring and unfunny video. The Amazing Atheist often has impassioned rants on topics that are important to bring to light, but I have never seen him as angry and impassioned as he is in this response video. And for what? There is no substance behind the video that he is ranting about.

In this YouTube video Bill Nye trashes on philosophy inferring that philosophy is a series of pointless arguments that can only be answered with circular logic. And I agree that questions on whether or not reality is real are pointless and unprovable, but science itself began as natural philosophy so there must be some good that comes out of philosophy.

But if something is invalid if it can only be “proven” by referring back to itself as in circular logic, than Bill Nye would have to also be skeptical of science itself because it is riddled with math which can only be proven with the use of more math. Therefore, math (the backbone of science) is the philosophy that the “real” can be defined by math which is a self-referencing, abstract language invented by the very same humans that invented philosophy for the very same reasons: to make sense of the natural world.

What does a dictionary definition do?

When you look at print dictionary (the things that I used to look words up in when I was a kid), you are struck with the smallness of it. Even the giant dictionaries that you used to find in the public library that looked like giant tomes of ancient prayers and incantations were noticeably finite. And when you looked at the entries for individual words, you would find the entries to be no more that 3 or 4 lines on a multicolumn page. We all know that words have a multitude of meanings and there is no way that these few lines on these few pages could not possibly hold every use for every word. Online dictionaries have constraints on them as well although their constraints come more from the time and dedication of the dictionary’s writers than from the space allotted in the pages of a book. Therefore, it is not possible that a dictionary could hold all possible uses of every word, nor do they even try.

A dictionary is a tool that helps speakers of a language understand that language as it is being spoken at the time of the writing of the dictionary. So what a dictionary does is report how a word is being used at the time of the writing of the dictionary. And even then dictionaries cannot include all of the different uses and connotations of each word, so the dictionary writers record the most common uses of the word. The writers know that their definitions are not exhaustive, and they assume that their readers know this too. Dictionary writers assume (often incorrectly) that dictionary readers will use their definitions as a starting point to help suss out additional meanings and connotations of the words.

So if the dictionary entries offer such a narrow definition of  a word, why do so many people defer to the dictionary when defending their position in an argument?

When inexperienced writers or debaters defer to the dictionary definition of a word they are trying (and failing) to make themselves sound authoritative on the subject that they are exploring. But when an experienced writer or debater defers to the dictionary his or her intent is use the overly specific definition to distance him or herself from a subsection of the subject that he or she wants to be distanced from.

Oftentimes, the intent of using the dictionary definition is to ignore that a part of a words meaning exists. For example, a feminist might sight the dictionary definition of the word feminism (The theory of the political, economic, and social equality of the sexes [http://www.merriam-webster.com/dictionary/feminism]) to distract people from some of the distasteful parts of the movement by asserting that they simply do not exist because the definition says that they do not exist. But as this video shows the fringes of the movement still exist even though the given definition does not allow for them.

(I do not agree with this man’s point of view regarding feminism in general, but the video shows that crazies do exist within the feminist movement.)

Of coarse, socialism, Islamism, men’s rights movement and many other movements use this same tactic to fool people into believing that only good comes out of their movement.

But why is it wrong to ignore the bad that can come out of a movement?

So when arguing for a movement or ideology you should acknowledged that there are negative associations and show how your branch of the movement is working to fix these problems rather than simply ignoring that the problems exist in the first place.

The belief that dictionaries are infallible is the biggest reason that so many people like to rage about the death of the language when words that were previously held as slang terms are included in the dictionary as new words, but the death of a language comes only when it stops evolving.

BuzzFeed recently released a YouTube video “36 Questions Women Have For Men” which was quickly followed up with videos by The Amazing Atheist and Thunderfoot who attempted to answer the questions asked by the women of buzzfeed. I found their answers to the question “Why do men spread their legs so wide when they sit?” to  be fully inadequate. You can watch the videos in the link below and see if you agree with me.

Men and women have different societal pressures dictating the way they sit. The way that women sit these days is largely dictated by the fact that skirt lengths have shortened to such a degree that if a woman’s knees are not touching when she sits her panties can be seen. In most country barring strange ones like Scotland, men are not expected to wear short skirts. Therefore, they are not pressured to keep their legs shut tight when they sit. If women were to sit comfortably with their legs sticking straight out in front of them from their waist the way most men do (and the way many women do when they are wearing pants), you would notice that men and women take up about basically the same amount of space proportional to their body sizes.

Men and women are not anatomically identical. Even though men are known to have smaller waists in proportion to the rest of their bodies than women, men are larger than women. So men take up more space just because they are larger than women. And if you couple this with the fact that men are not conditioned to sit with their knees together, they seem to be taking up more space even when their legs are sticking straight out from their waist.

Contrary to popular opinion, it is not because they have balls. Yes, balls are a part of the male anatomy, but they don’t get in the way of sitting properly. Now that we know there is not some sort of epidemic of elephantiasis forcibly spreading men’s legs well beyond the natural sitting posture, we must wonder: Is men sitting with their legs comfortably out in front of them so much a problem that there needs to be a new buzzword to describe the problem?

should not be allowed to exist without its equal and opposite “womanspreading” (the act of a female setting her purse and/or other hand held items as far from her person as possible so that she maintains a maximum of distance from anyone that may want to sit near her). 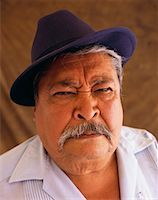 Do not whisper this word

Near a native speaker.

At minute 1:25 of the Big Think video What Scientists and Philosophers Get Wrong about Art, Alva Noe says “Art is just another type of research.” I had already come to the conclusion that this was the truth for my scholarly writing. The process of writing a scholarly essay always taught me what it was that I actually thought on the subject. My essays would start with a nebulous idea of what I was trying to get across but by the end of each essay I would always surprise myself with what I actually thought about the particular subject. So I knew that writing an essay was a good way to better understand my thoughts on any given subject, but for some reason I never applied this reasoning to my art be it visual or written.

I had heard Albert Camus’s quote “Fiction is the lie through which we tell the truth.” But I think it is more than that. Fiction is the lie through we as the writer discover the truth (The truth can sometimes be discovered by the reader as well, but I already knew I could learn from reading). I often end up writing fiction based on arguments that I have recently had or social constructs that just don’t make sense when you actually think about them, and writing stories about them usually helps to resolve my feelings about them. So the answer has been in front of me all along and I didn’t recognize it until I was forced to see it. Why is it that the easiest things are the hardest to figure out? Maybe if I write a story about it, I will know.

I borrowed a friends computer

and it gave me a cold.

The doctor gave me a prescription

And they will remove any virus

For a small monthly fee.

Listen to the desires of your children. Encourage them and then give them the autonomy to make their own decision.— Denis Waitley

Dawgs that Blogs
Gamer On Board Developer