Come and buy the books you don’t need

With baubles and pencils and such.

Help to urge your children to read,

But they really cost too damn much.

It could really help out the school

If you were involved just a touch.

The books really cost too damn much.

We get local funding. We do.

Our budget from money from you,

But teaching really costs too damn much.

I wrote this rant poem as part of Muris’ poetry scavenger hunt on the A Different Perspective page. If you want to participate, check out her page here: https://murisopsis.wordpress.com/2022/03/30/looking-forward-to-poetry-month/

Look, of course, I know that ‘lol’ is an abbreviation for ‘laugh out loud.’ I only pronounce it phonetically because it has been part of the mainstream English lexicon at least the last twenty years. I just pronounce it that way because I know that you will understand it, not because I don’t. It is exactly like the abbreviation for the Federal Bureau of Investigation. Only squares pronounce the ‘F’ the ‘B’ and the ‘I.’ It’s ‘Fubee.’ That’s how you say it, ‘Fubee.’

So if it was the charger,

Then the charger is getting up

And walking away on its own.

But I don’t think it was the charger. 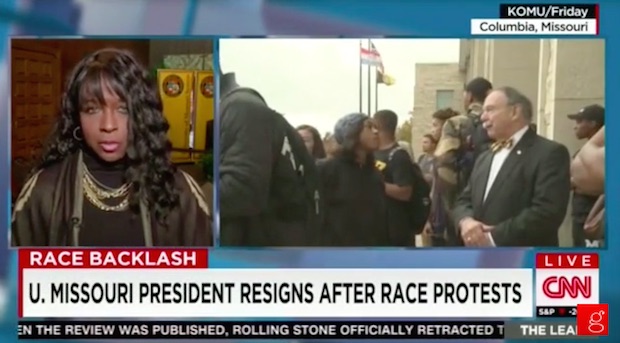 I think the reason that people identify racism in America but not racists is because the racism is being propagated mostly by people that do not have racism as their motivation. Of course, the swastika drawers know what they are doing is going to be construed as racism. But most racism comes from people that do not intend to be racist and do not even know that they are being racist.

The person that changes his voice when he encounters an ethnic person is being racist when he thinks he is being friendly. The woman that clutches her purse tighter when she walks past an ethnic person has committed a racist act even though she did this unconsciously and unintentionally. And the person that tries to be politically correct by using words like “ethnic” when referring to minorities has committed a racist act by trying too hard to avoid being offensive. This is why people see racism but no racists: they are too afraid to find out that they are the racist that they are looking for regardless of what ethnic group they belong to.

The last time that you were holding a discussion in a room full of people and the conversation didn’t swing to religion or aliens, I am sure that someone brought up   the topic of life changing accidents. Shortly thereafter someone else mentioned a person that they knew through another friend that knew a blind person who lives a perfectly normal life, and the next person repeated word for word, “Of course the blind person lives a normal life. When you lose one of your senses your other senses are heightened.” After this exchange, did you stop to think why people believe that being gravely injured and handicapped by the loss of one of their senses is actually preferable to a life with all of their senses? Well the answer is not that people actually believe this, but they want to believe it. They fear what their life would become if something like this happened, and they have been conditioned by society in general and modern media specifically to believe that nothing bad can happen without something wonderful happening in return. The long running film series Zatoichi: The Blind Swordsman started in 1962 and its many iterations including the most recent one in 2010, Marvel’s Daredevil starting in 1964 spawning the Ben Affleck disaster in 2003 and the Netflix version in 2015, Blind Fury (abysmally performed by Rutger Hauer) in 1989, and 2010’s The Book OF Eli all portray the blind character as something wonderful and heroic even super heroic.

There is a strange expectation that people have hidden in the old chestnut: When you lose one of your senses the others are heightened. People repeat this line as a way to diminish their fears about suffering a gravely debilitating accident or disease. They do not want to see the reality that bad things can happen without a positive payoff. The heightening of the remaining senses is seen as a consolation for what they have lost rather than as a consequence of paying closer attention to the feedback they were already receiving. Therefore, they imagine that once they lose their vision they will be gifted with super hearing, the ability of echolocation, mastery of kung fu and sword fighting, occasionally excellent sniper skills, and always the undeniable compulsion to fight crime.

But what about people that lose one of the other four senses? What kind of ability do you get if you lost the sense of smell? The ability to fight criminals that have bad gas? Or is it lower rent because you no longer mind living in the sewer tunnels? Where are the swordsmen who have tragically lost the ability to taste their food? After you banish the evil samurai, the town’s people always treat the hero to a lavish buffet of gourmet foods. Won’t he be seen as an ungrateful ass if he cannot honestly complement them on the taste of their food? Where are the gunslingers who have lost their sense of touch? When you save the sheriff’s daughter from the outlaw gang, will you fumble and paw as you try to brush her face tenderly? If you poke your thumb in her eye or bruise her cheek, aren’t you the next on the sheriff’s posters wanted dead or alive? Where are all the deaf kung fu masters? If you get constantly beat up because you can’t hear all of your challengers warning you that you have killed their father now prepare to die, won’t the legend of you unparalleled skill be tarnished?

Since you have never heard of heroes missing any other sense than sight, shouldn’t the phrase be pared down? Shouldn’t it be, “When you lose your sense of sight your other senses are heightened”? Because, let’s face it, to the typical shortsighted ignoramus, sight is the only sense that really matters. People that lose their senses of hearing, touch, taste, or smell can pretty much get along in society as if nothing has happened to them. If you can’t smell, touch, or taste you are not at that much of a disadvantage in the modern world. The senses of taste and smell are there to warn you of poisoned food or deadly fumes in the air, and in the modern world those problems are taken care of for you. Dangerous chemicals are clearly labeled and poisonous foods are not stocked in the local supermarket. And because you are losing you sense after having it most of your life you are already adept at recognizing hot or sharp items without the need of your sense of touch.

But the sense of hearing is more debilitating than the average ignoramus typically realizes. Just because a deaf person does not trip over small items on the floor or bump into walls does not mean that they have nothing to adapt to. Deaf people can walk around the streets of the city seeing exactly where they are going but they cannot interact with the hearing world without an interpreter. Even if they remember how to talk they cannot hear what is being told back to them, and even though their other senses are heightened, the art of reading lips takes many years of practice to master. It does not just appear as a special, magical ability as soon as the person loses his or her hearing. And the fact that you understand that the tripping over small items and bumping into walls is a reference to a blind person, you do realize that becoming blind does not actually give anyone any special powers.

All of this seems to come down to a failure on the part of the language used in the platitude. The saying should be more along the lines of, “When you are unfortunate enough to lose the use of one of your senses you are forced to develop what remains of your other senses if you want to try to maintain at least a small semblance of the quality of life that you had before such a disaster happened to you.” If this was the line that everyone decided to repeat whenever blindness, deafness, or any other lost sense was mentioned, maybe people would understand how tragic it is when someone loses an ability that they were born with.R